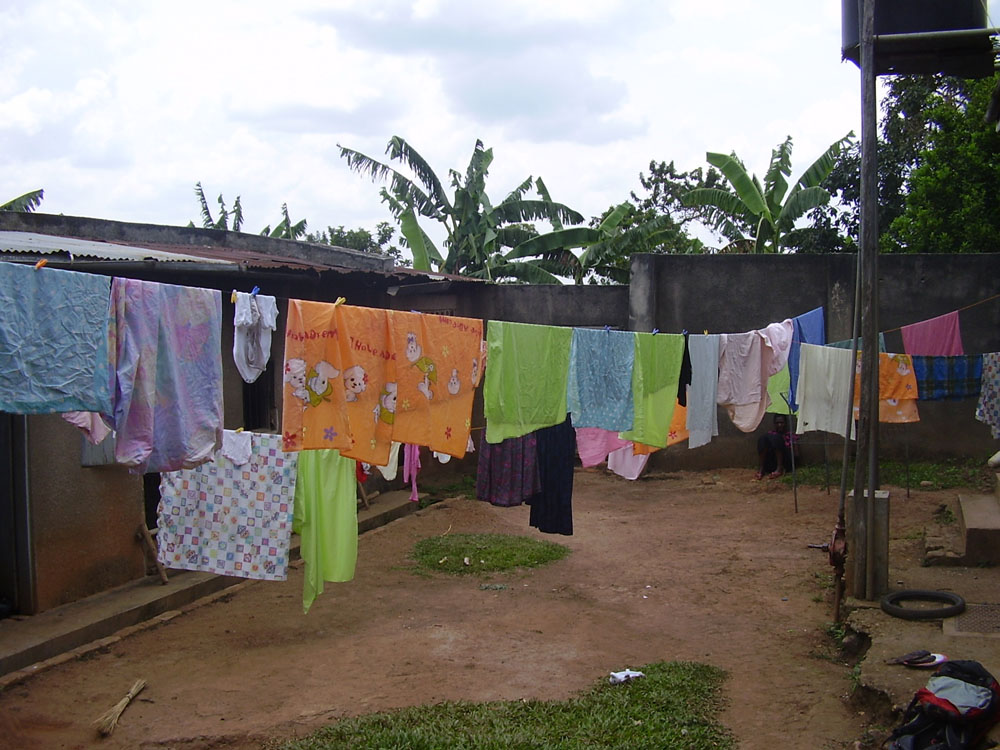 Yes, we are back, and where shall I start? A lot has happened again in the last two months, which is why it took a while for this update to be ready. Really I haven’t forgotten you but my life is a bit upside down at the moment because of a baby.
About two months ago I was told that there was a yes how shall I put it, an advertisement in the church. It was about a one and a half month old baby who had been thrown into the toilet by her mother (a 17 year old girl) (here the toilet is a latrine= hole 10 metres deep in the ground). The poor little worm shouted the lungs out of her body for three hours until she was discovered. They broke open the toilet and descended with a rope to save her. The mother was nowhere to be seen and probably dumped her on the way to the bus. My heart was already broken after hearing this story and so on the moped to see this baby up close. All people dear….we found her in a mud hut which would collapse from a big rainstorm together with the grandmother, the great-grandfather and 8 other children, it was unbelievable but true. So the grandmother (a treasure of a woman of 40 years old, yes yes grandmother) got her grandchild to take care of her, after she was thrown in the toilet and the mother (her daughter) is nowhere to be seen. The poor woman has nothing at all except 4 children and 5 from her brother who died, so 9 in total. They have no mattresses, live in a mud hut and there is hardly any milk left for a baby to eat. Couldn’t leave the baby there….The hygiene was dramatic and there was zero comma zero provision for a baby and that poor grandmother……So the next day the baby was delivered to school. I had decided to take care of her. I would like to inform you that I became a mother of Rosah. I know I am rather impulsive and don’t think about the consequences, such as sleepless nights, a lot of poop, piss and screams. All the gods what can this child scream, but yes what do you want them to be traumatized. No matter how small she is, she remembers the darkness and the fall for sure. The first few weeks were dramatic. I didn’t understand at all why she was crying and what I had to do. Luckily I got a lot of help from the headmistress and the women of the village. Washing with special leaves and herbs, how much food and so on and so forth. But the nights were really dramatic. I hardly got any sleep…most of the time she cried until 3 o’clock at night…. then in one hour I washed all the bedding which had been pissed and shat and then I slept for 2 hours because then the whole party started again. Then we also have Babirye who needs to be washed and fed. Besides that we were busy with a house for the organisation, permits and more hassle. In Africa everything goes slowly so there wasn’t much progress in the case….. After a few weeks I was worn out and wondered myself what on earth I had started with…….(for the time being) no more babies for me. I have to confess that I don’t like such a baby very much and I have enormous respect for all the parents who have gone through all the tragedies and are still laughing on this earth…..Hats off!
Of course, the situation here is not as comfortable as at home where you warm up the milk in the microwave instead of a coals (which never want to burn when needed) cooker and thermos flasks with boiled water. The milk comes from the cow and it is not next door, so every day you go to the next village on the moped for milk. No mum or dad who can spend an evening watching mosquitoes, hygiene and other dangerous things for a baby. I am half an hour from the hospital and have no transport so if something happens I am nowhere. A baby can die of malaria here within an hour (you don’t have to think about it anyway), so we have to be careful. We are now a few weeks further on and we are used to each other. She is still awake a lot at night but the screaming has been reduced and I now understand her rhythm and her signals. We will get there and I have to admit she is a beauty I am quite proud of her. Sometimes I am rewarded with a smile and she is starting to make nice noises so we are going in the right direction.

Enough about babies…other world-shattering news. I managed to hook a man. Yes the miracle has happened and who would have thought that I would fall on an Ugandan (unfortunately without the rounded negro bottom), not me. His name is Sunday and he is very sweet to me (very important). Have to admit it is quite difficult to have a relationship when you start as parents. Normally you have some years in which you can go to the movies, go out and do other things together but we usually get into bed exhausted and have little time for each other. He teaches me a lot about Ugandan culture (sometimes incomprehensible. Babies squeeze mouths when they yawn otherwise they get a very wide mouth later on, and rub spit on the forehead when they have the hiccups…???) and how the African children are raised. I try to mix it a bit with the Dutch culture. So we talk Ugandan, English and I Dutch to the children, we eat with a fork and I sometimes cook in the European way which was not really appreciated the first time and so it was also the last time I was allowed to show my cooking skills. He also helps me with the organisation…there are so many things that need to be arranged. For example, I do not even have a work permit yet and my visa expires at the end of November. I hope I won’t be expelled from the country. I’m very busy and busy all day but not really with the things I want to do. Sometimes I want to be creative, be at school regularly and do other things. Sometimes I feel like a house gap and I have found out that I am not the mother who can be at home all day with the kids. Oh have patience…. and that is something all Ugandans have patience for. I am, I think, very patient here but sometimes it is just too slow. So I will be patient and in time I will hopefully be able to combine the things and be happy.

Yes and life goes on here. Regular funerals and weddings (which continue until 7 in the morning). Christmas is coming and everyone is saving up for a good Christmas dinner (rice, cow/chicken and of course crammed banana). I miss everyone and sometimes even miss the cold winter days with the heating at 30 degrees and hot chocolate milk. I think about you a lot but just don’t have time to write. There must have been a lot more happening here in the last 2 months but I forgot all that. I’m about to go to bed, I’m looking forward to a long night (baby slept early in the evening, so definitely awake last night). Thank you all very much for your support and hopefully my next report will be here sooner than this……

Good night as they say here sulabelungi and a big kiss. 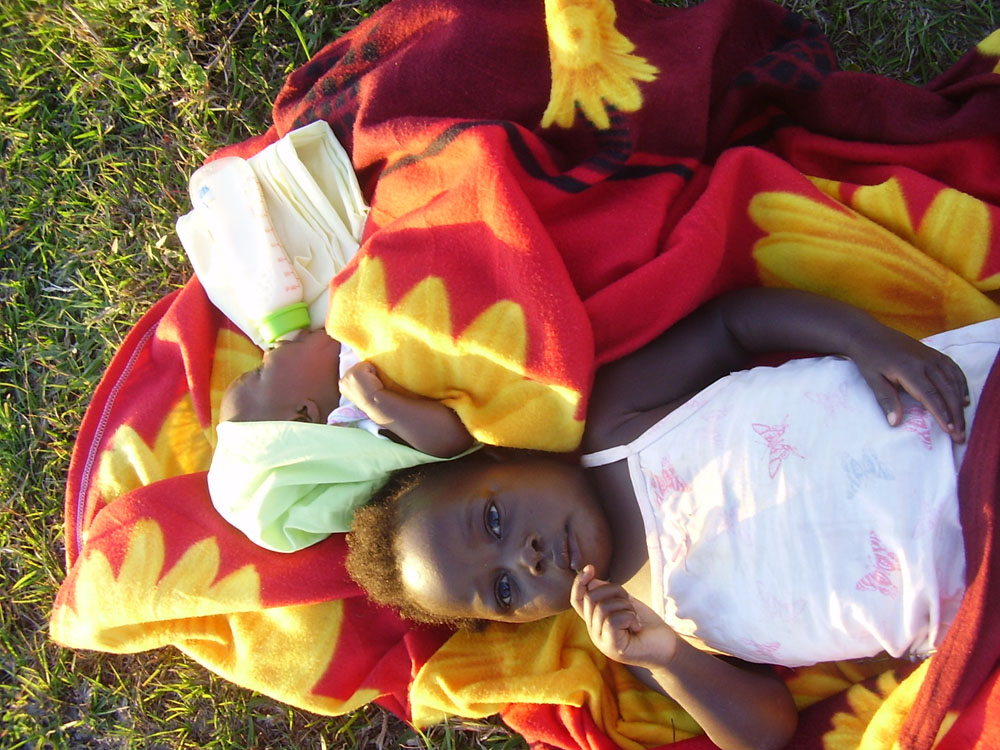 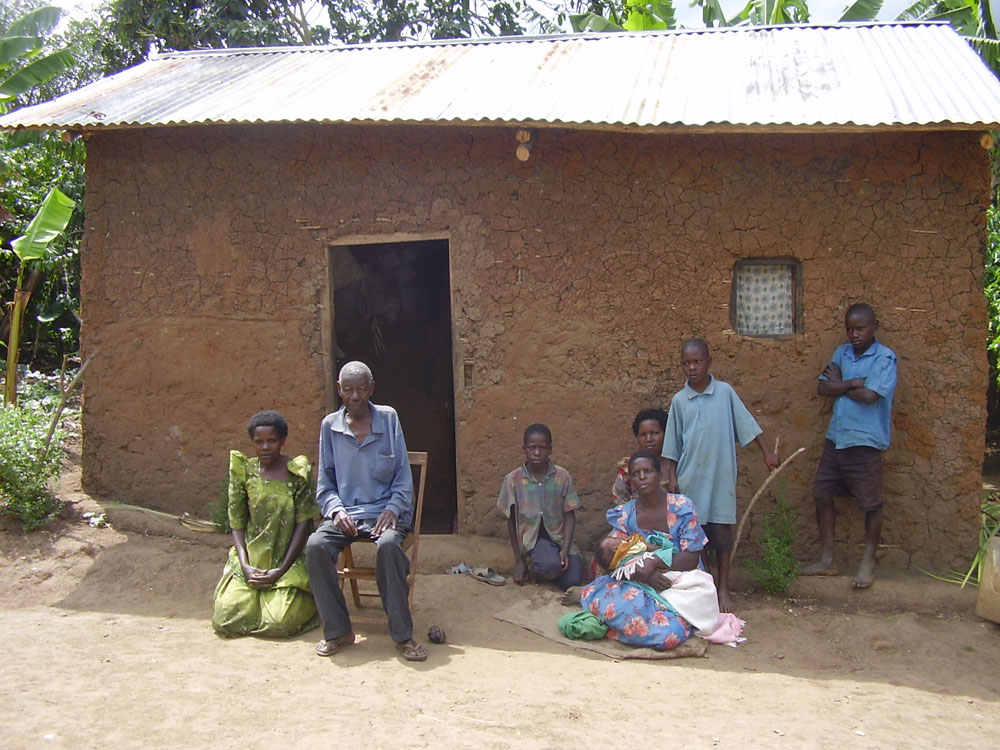 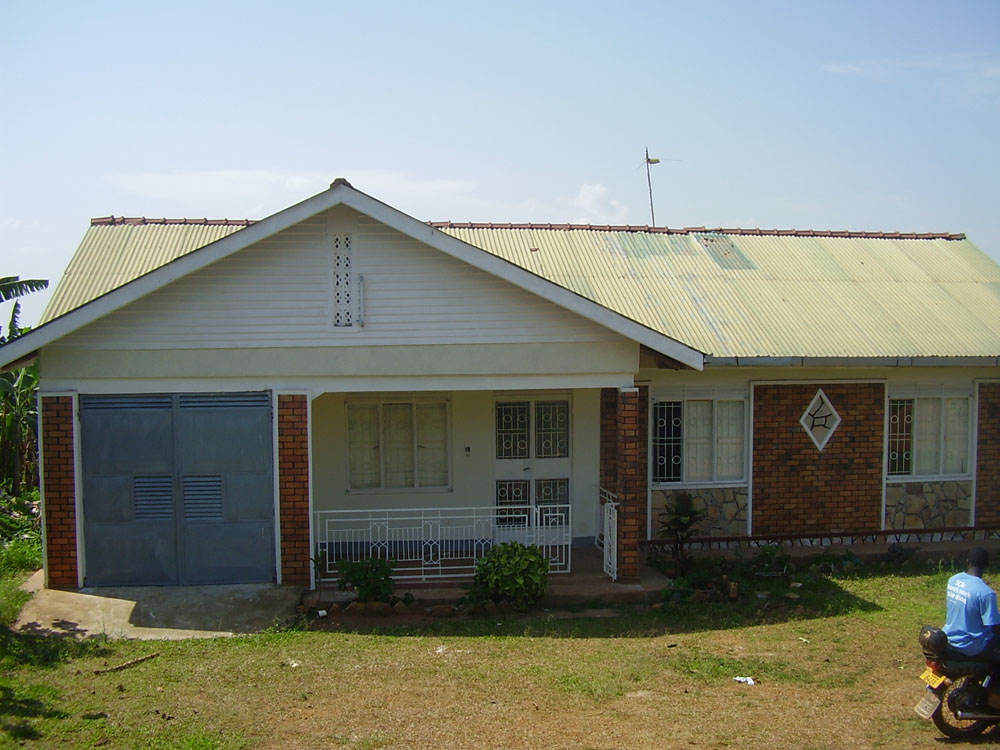 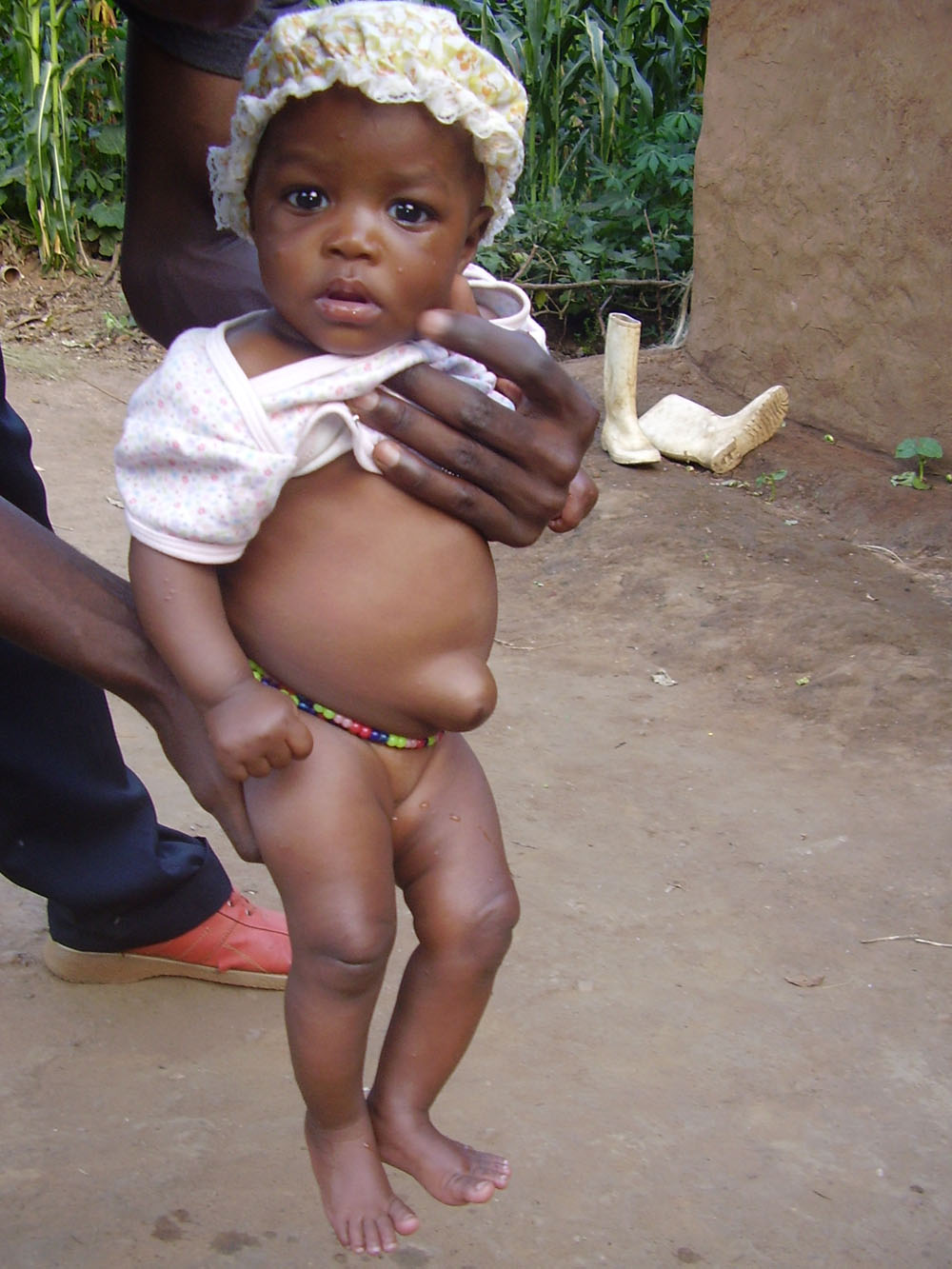 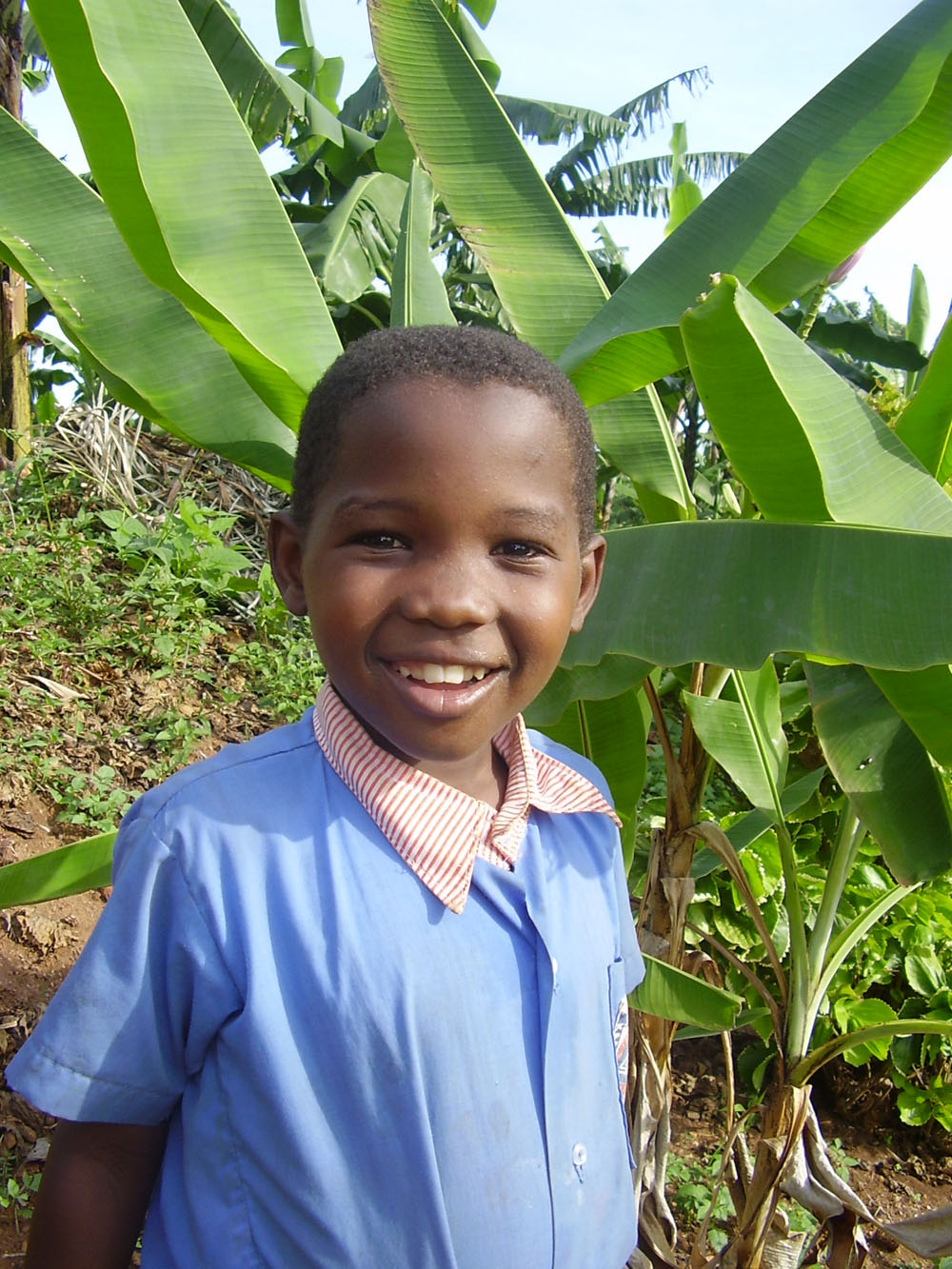 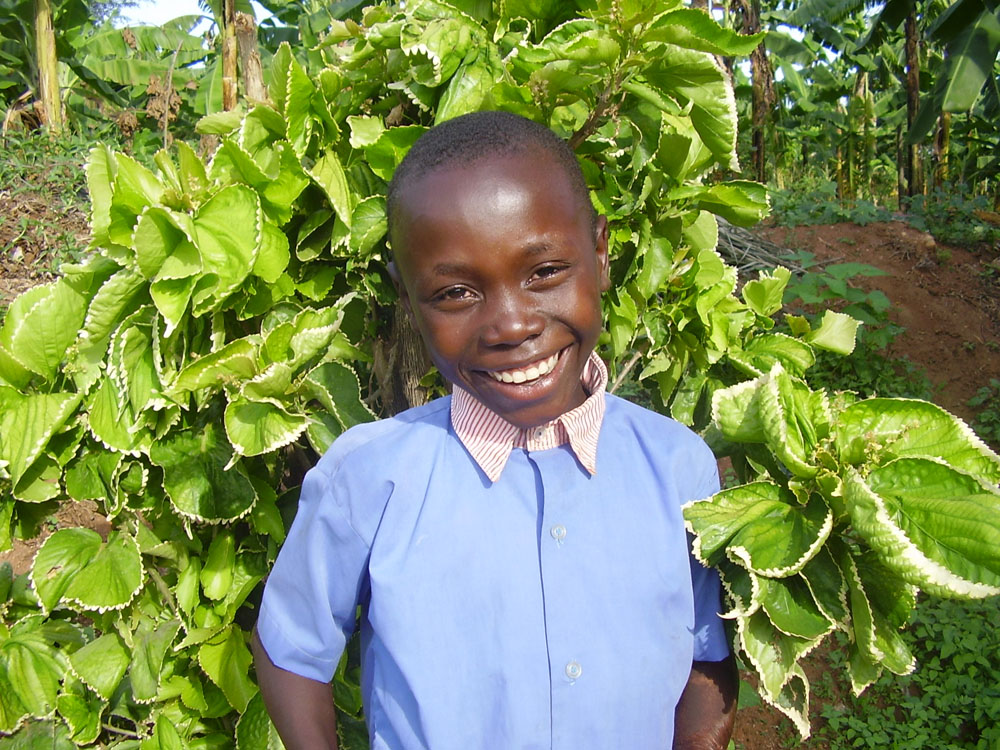 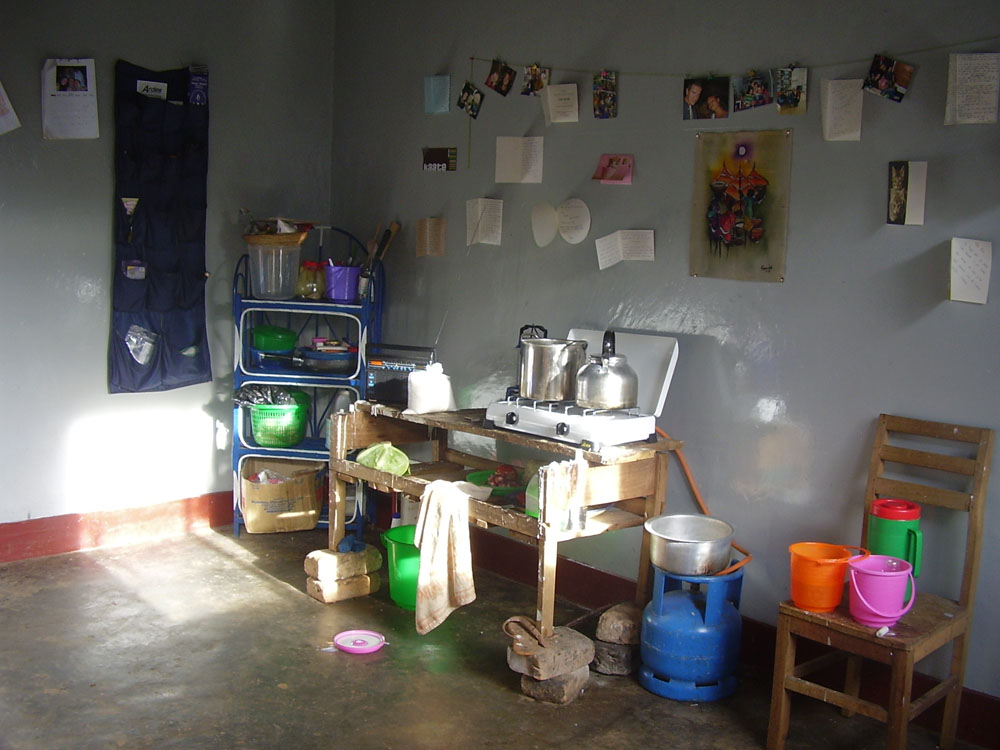 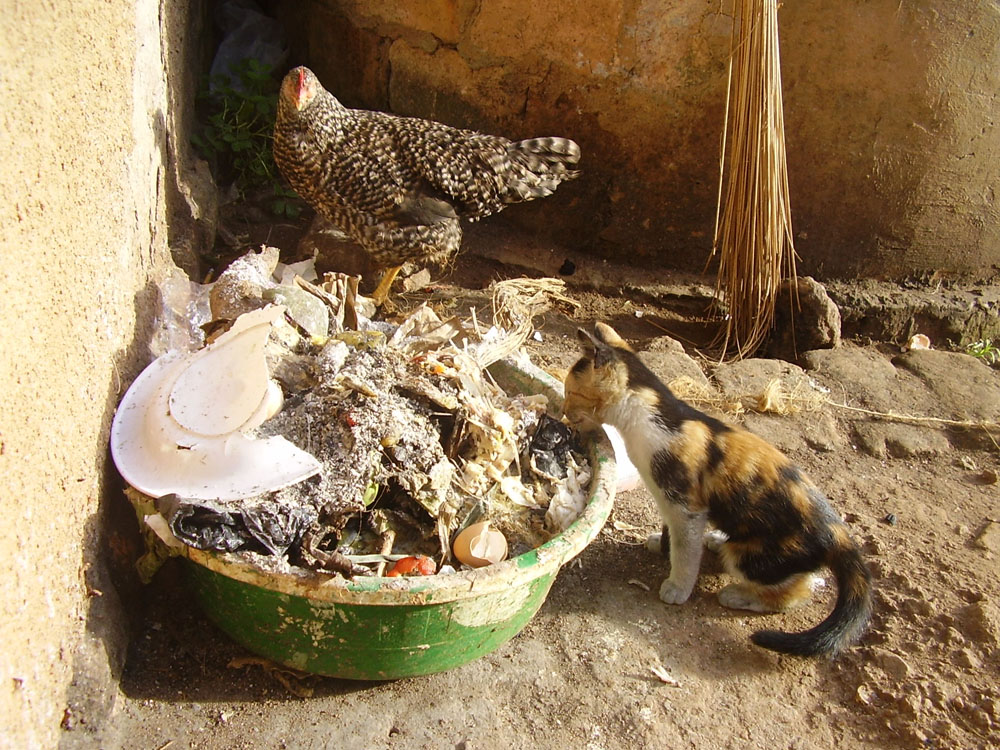