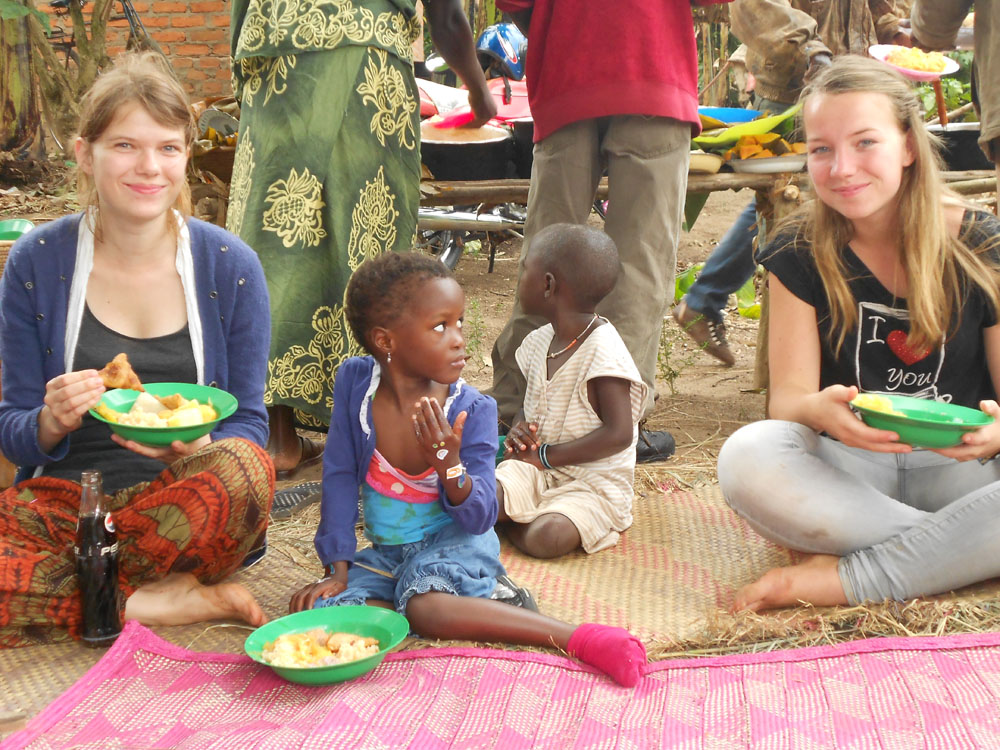 It is April, April means flying to the Netherlands and celebrating Queen’s Day. A day I am always looking forward to, selling necklaces on the Hoogstraat and then to the harbour for the necessary wines and old acquaintances. This year unfortunately no Queen’s Day in Holland. At the end of March I was finally told that my work permit has been renewed. The authorities have decided not to extend the work permits of many people, because they want more jobs to be created for the local population. Very logical, and I agree with that, but I do not do business in Uganda and work on a voluntary basis, and this measure applies especially to Indians and Chinese who do business here. In short, the system was busy refusing people and sending them home, and after three quarters of a year, the redemptive call came. That does not mean that I already have my passport in my hands. Someone from Parliament is helping me with these matters and I am very pleased about that, only this man is, of course, also very busy with all parliamentary matters, so please be patient. I hope to be the proud owner again this week of my own passport with a work permit for the next 3 years. Joepie, I can stay and continue the project, always a relief and I can look forward to coming to the Netherlands….. with the girls!

This week is busy getting all the signatures and documents. Monday to the Dutch embassy in Kampala to apply for the visa and then thumbs up…..I find it all exciting and hope it will work out.
In the meantime another 35 adolescents are coming to visit from Holland. Worldmapping is an organisation that guides groups of young people to countries such as Uganda, Malawi or South Africa to do volunteer work in combination with travel. Last year two groups already visited our home, very sociable and these children have a very different, refreshing view on the things that are going on here.

Chickens leave at Christmas, all children go back to school at the beginning of February. After a long Christmas holiday (3 months) it was nice and quiet when everyone was out of the house, school fees had been paid and all the other necessities to study here had been arranged. Packed and loaded we brought them all to school where some of them live for the next 3 months (boarding school) Rosah and Betty, the two little ones who were still at home so far also went to school, so it became really quiet at home. I don’t have to think about what we eat at lunchtime and no more wiping our butts.
Enough time to spend on the malnourished children’s project and to prepare the piece of land we bought. Of course I don’t do this all by myself, I have a nice group of people I can trust and work with. Of course it is African, which causes a lot of frustration, but we are moving forward so slowly.

Regularly there are mothers at the door with malnourished/sick children. No matter what time or day, their child is sick and they need help. To prevent everyone from getting blown away when it suits them, we will try to work together with the local clinics in the neighbourhood. If malnutrition is diagnosed, they will write down the data and we will look for the family.

We have to work together because my head is full of ideas, things to do, red tape and other worries and I can’t arrange it all on my own, I found out. A couple of weeks I had some dip moments and felt alone and wondered what on earth I’m doing here. Lost my way for a moment and hate everything. I don’t feel like doing anything or seeing anyone at all. Sounds like emerging burn out/depression and we can’t have that. I have to get rid of things. Help, a control freak like me, that’s terrifying. Kim, the Ugandans will never do the work in the way and the speed you would like to see, but give them a chance and let them do it their way, it will all be fine… Yes, at some point I want to go back to the Netherlands anyway and then it would be nice if the project continues to run, so back off and look for local people who want to contribute to the improvement of their community.

I am in the process of producing a report for the fund from Scotland that gave us the donation for the project. If I was not born for something, it is that sort of administrative thing and I hate that computer so much. In November we had a visit from Scotland, I was quite nervous and had done a lot of things in a hurry. In the end, nothing was asked for and there was an understanding that not everything was in order because we were in the early stages.

I hope that the Christmas mail from Uganda has come through everyone’s letterbox and that the Christmas angel has been allowed to hang in the tree. I did not get all the Christmas cards in time and I am still writing off. As many of you have seen on the picture, our bus is ready to go over the Ugandan dirtroads. I have already driven the Bolide a couple of times and still have to get used to the driving behaviour of the Ugandans. The big busses are tearing past you and if you don’t look out you’ll crash a moped or a bicycle into the verge. Saige is very happy with the bus, he can clean the bus to his heart’s content and is then completely in his element. We even went on holiday for a couple of days, three days in total and we never do it again…………
On to the Sse islands, early in the morning, load the bus with all the bags (looks like we left for half a year) children, tents and other stuff. At half past 12 on the boat to the island, nice crossing, once we arrived at the campsite we got a comment… “Are we going to sleep here? In tents? Well I wish I had stayed at home… So… atmosphere ruined, two days to go. Giving the whole family food on time and serving what they like is almost impossible on an island where there is no electricity and where there are only 3 things on the menu, so it was porridge and keep wet. Swimming in water (Lake Victoria) with all the bilharzia larvae crawling into your body at an unguarded moment. In the future these larvae can cause serious complaints in the organs, so in the near future you will have to test them and probably take your medication as the whole thing has been in the water for almost three days (including myself)! After day three we all had a fight or there was no talking at all, high time for the retreat. We might as well have spent a day at the swimming pool with local food (on time), no scary larvae in the water and only an hour’s drive from home.

A lot of frustration would have been saved but now I have a lot of respect for my parents who were stuck with this awful adolescent in their summer holidays and who sometimes drove them mad and drove me back to Vlaardingen to drop me off and enjoy a well deserved holiday. Mum and Dad…respect!

Oh dear, there is still so much to write about. So many beautiful stories about sick children who can’t be recognised after two weeks because they have been refurbished so much. It gives such a wonderful feeling to be able to help and to see change. Every day is another adventure and sometimes we don’t get dressed in cold clothes but the positive still prevails and so we stay for a while.

Hope to see you soon in the Netherlands! 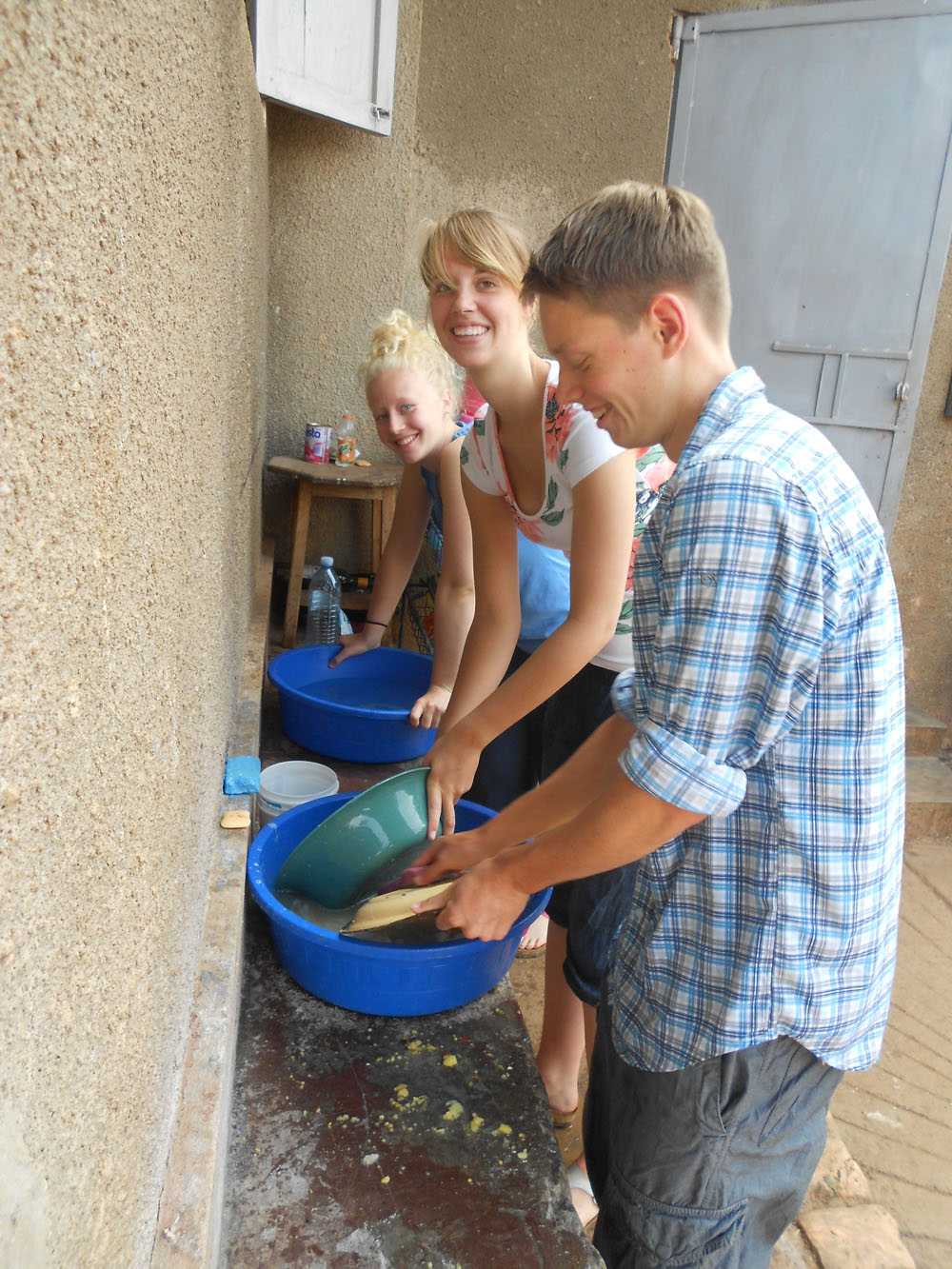 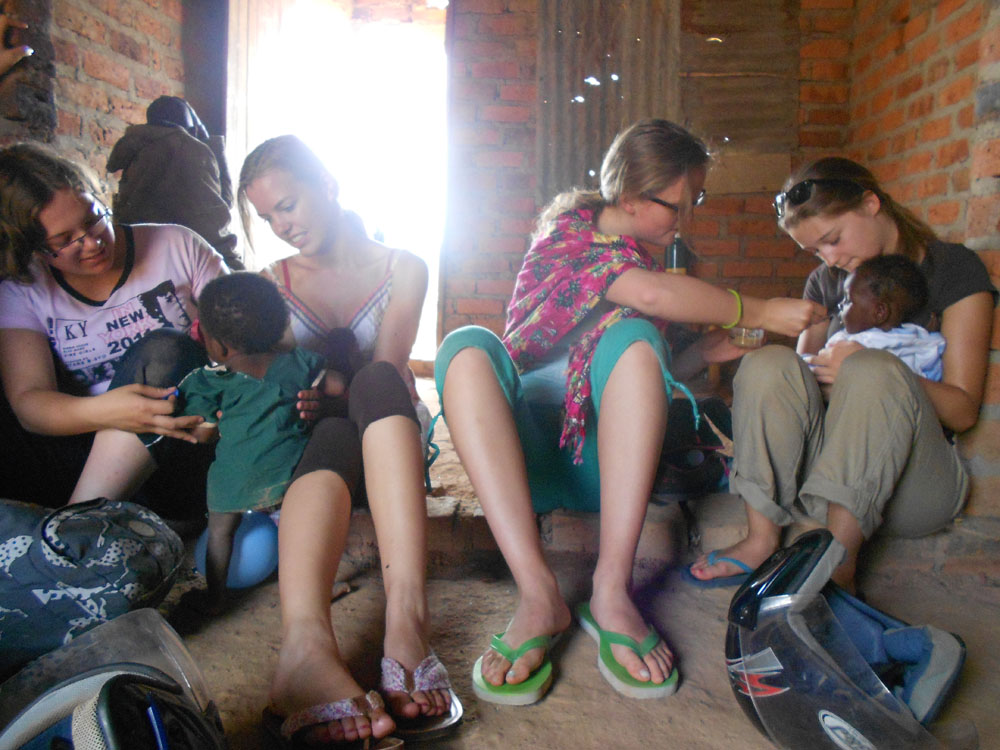 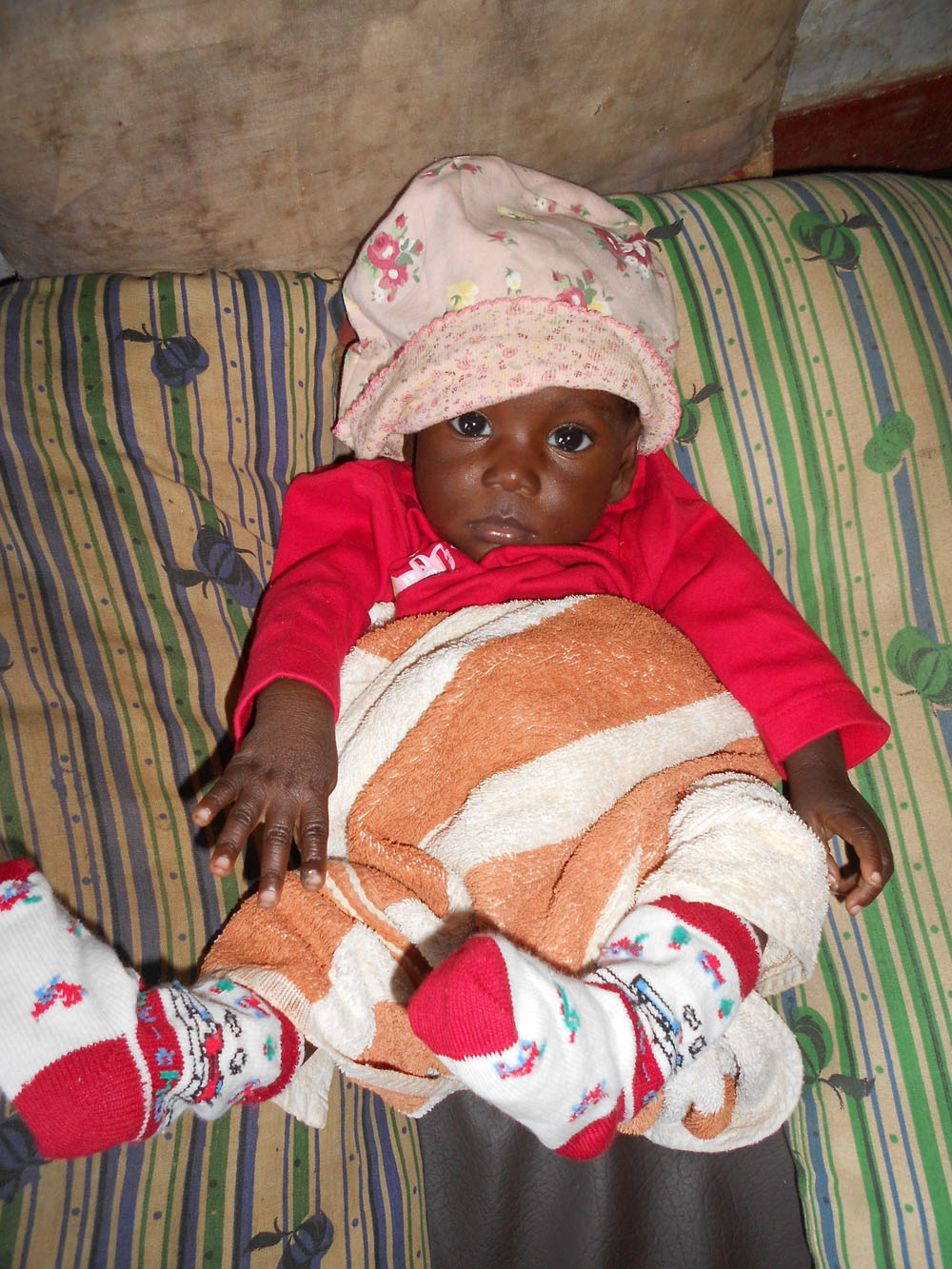 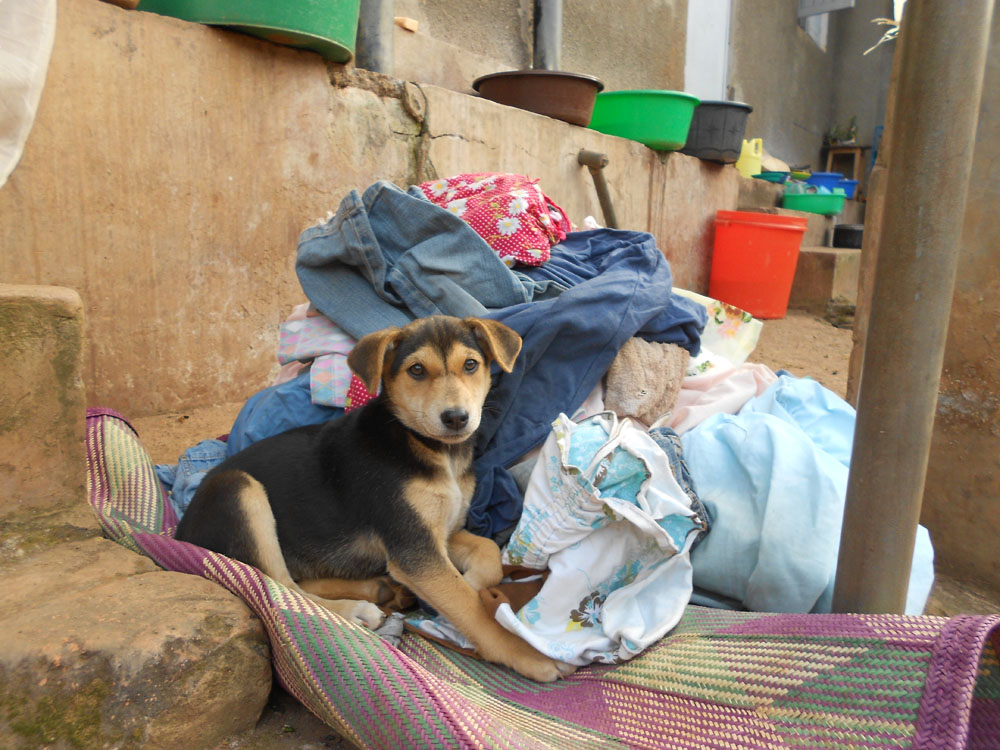 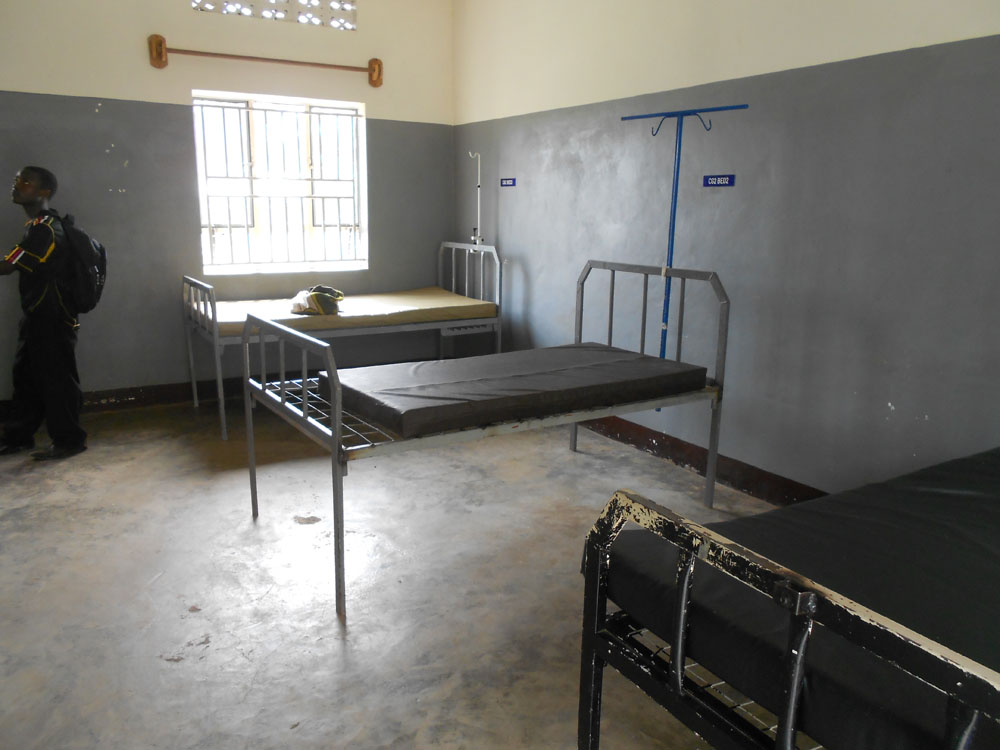 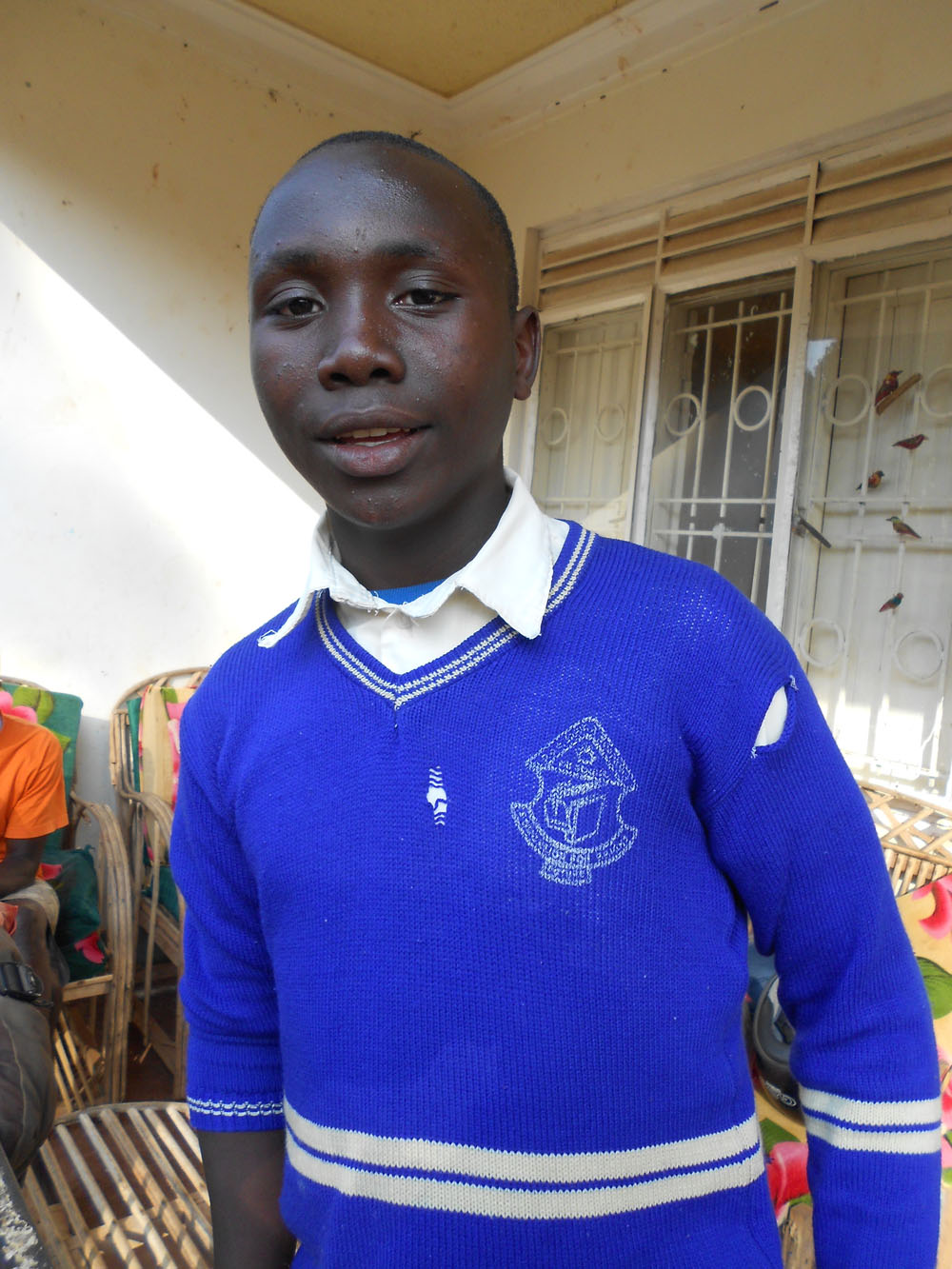 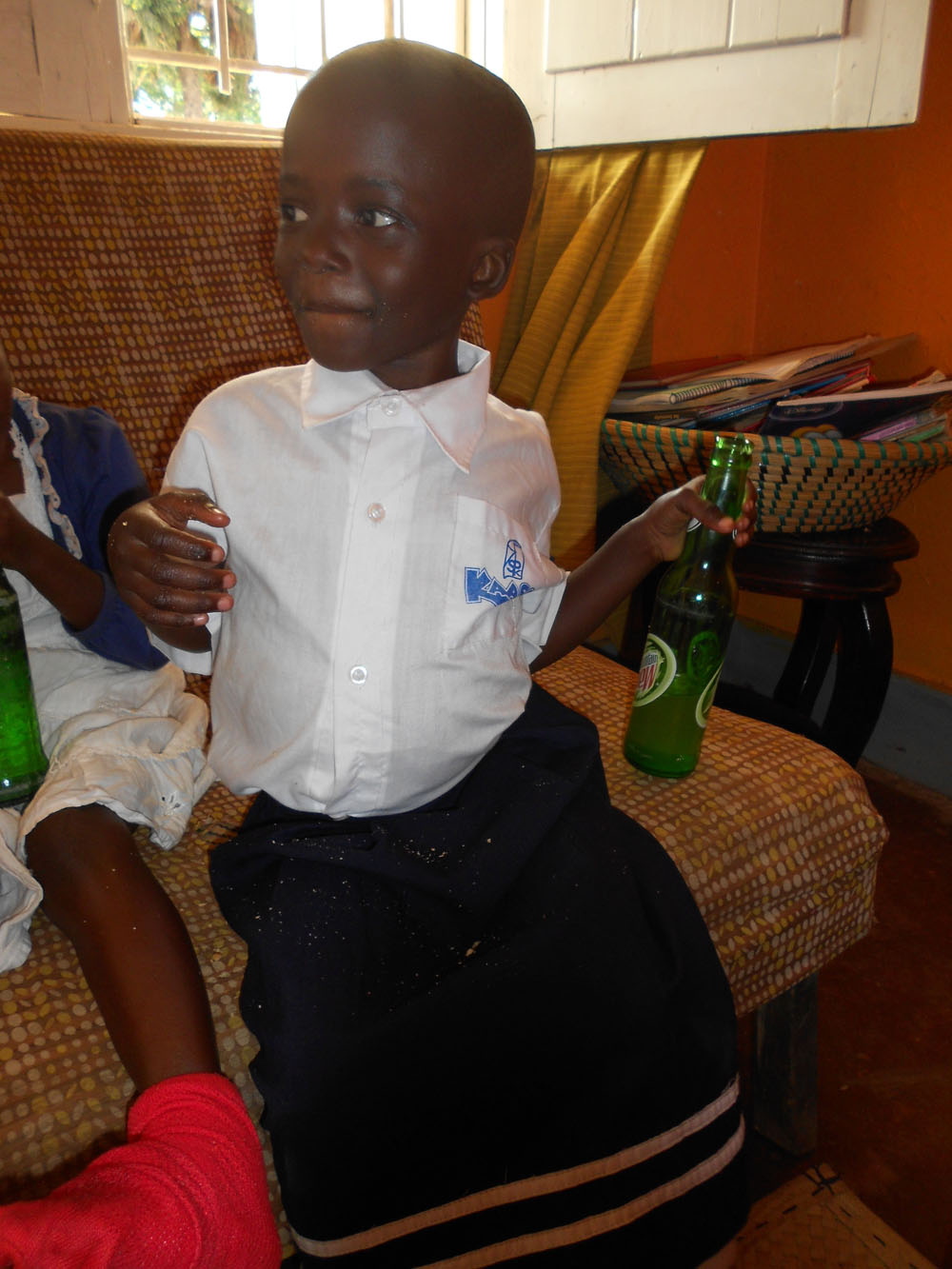